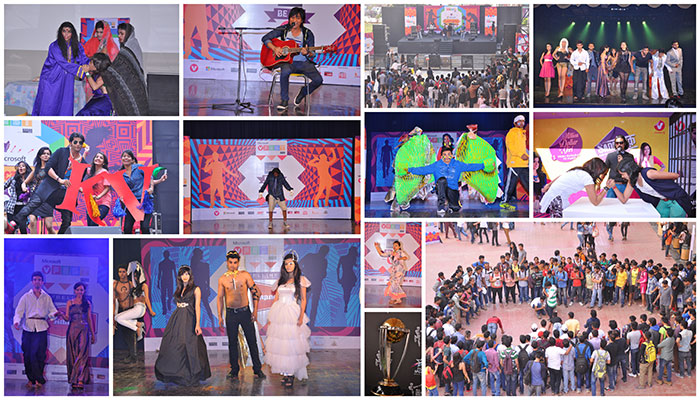 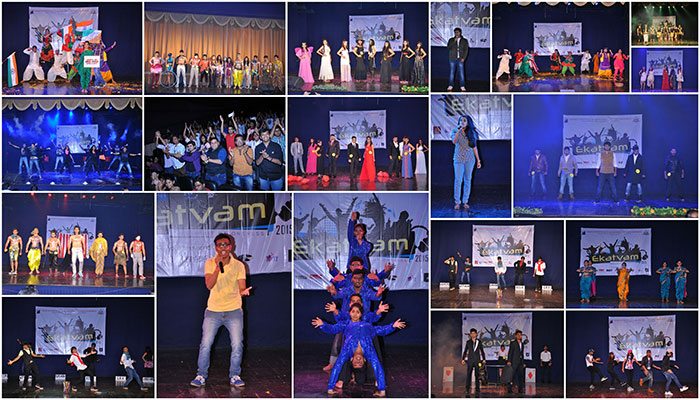 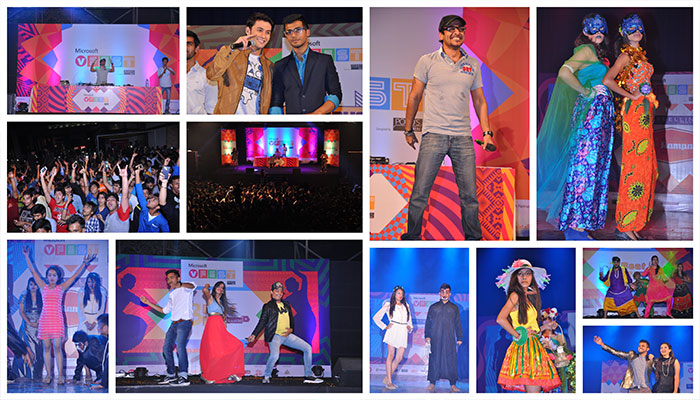 EKATVAM is the annual inter B-school/collegiate cultural festival of THAKUR INSTITUTE OF MANAGEMENT STUDIES & RESEARCH.
The festival is in its second year and caters to a crowd of over 5,000 people over a span of two days. Since its inception in the year 2014, Ekatvam is a grand podium for a spectrum of arts and attracts more and more youngsters each year. The best artists from all over India were invited to the two day long fest. It witnessed some brilliant talent perform, compete, collaborate and excel in various fields and competitions.
Ekatvam has grown immensely this year in association with VFest 2015 & D. J. Lloyd.
The fest began on January 28, 2015 in the TCET Auditorium from 9:30 am to 06:00 pm with the Director In Charge Dr. Pankaj Natu’s introductory speech followed by the various events showcasing: Fashion Show-Panache, Group/ Solo Dance-Step up, Drama- Dramathon, Singing-Symphony. Later on the event was followed by DJ LLOYD.
DJ Lloyd's presence in the music & programming industry spans more than two decades. His sense of audience trends in music both globally and locally combined with his business acumen has made him successful in the music & entertainment industry.
A veteran in the music & programming industry, Lloyd Gueizelar popularly known as DJ Lloyd-The Bombay Bounce has left no genre unexplored. With his varied experience ranging from hip-hop, psychedelic, house and various genres of electronic, Lloyd has found his pursuit in what Indians are most passionate & proud of i.e. BOLLYWOOD & we were proud to have him in our institute on January 28, 2015. Microsoft V Fest-January 29, 2015.
On 29th January Microsoft V FEST India 2015 of Channel V organized by Star India Pvt Ltd in association with TIMSR Ekatvam 2015 was held in our campus bringing in challenges in all categories like dance, music, drama, fashion, sports & games. At V Fest 2015, participants are invited to push themselves further than before and engage the hero inside them as they compete against the best of the best, on a pan-India platform. It was an an opportunity to prove to the world, once and for all that they have what it takes to battle it out against the country's topmost contenders and come out on top.
Approximately 4200 students registered for attending and participating in the events. For carrying on the various events like Dance ,Music, Fashion Show ,Campus Stud, Drama parallel activities were performed in various classrooms, auditorium, and stage set up for the purpose. In addition, sports activities like football, Box cricket, etc were played in the ground.
The ICC world cup trophy was placed in our campus in front of the TCET gate with a lot of barricades between 11:00 am to 7:30 pm arranged by Star India Pvt Ltd.
Ample of celebrities were invited on the day as jury for various events on the day of V FEST. Also Karan Veer Bohra was invited as the main celebrity for the event. He performed on his dance no. and publicized his show Gumrah on channel V.He also took selfie with almost a public of 2000 in number. One of our students Praneeta Shetty of MMS Ist year has won the Red FM RJ Hunt.
Stage at the end was taken over by DJ Suketu who mesmerized the public with his mind-blowing music mixes. DJ Suketu is a Mumbai-based DJ. He became one of the highest selling Indian DJs with hits like "Pyar Zindagi Hai", "Bin Tere Sanam", "Woh Lamhe" and "Kya Khoob Lagti Ho" becoming instant club classics in India. The DJ started at 7:30 pm & ended by 9:30 pm.