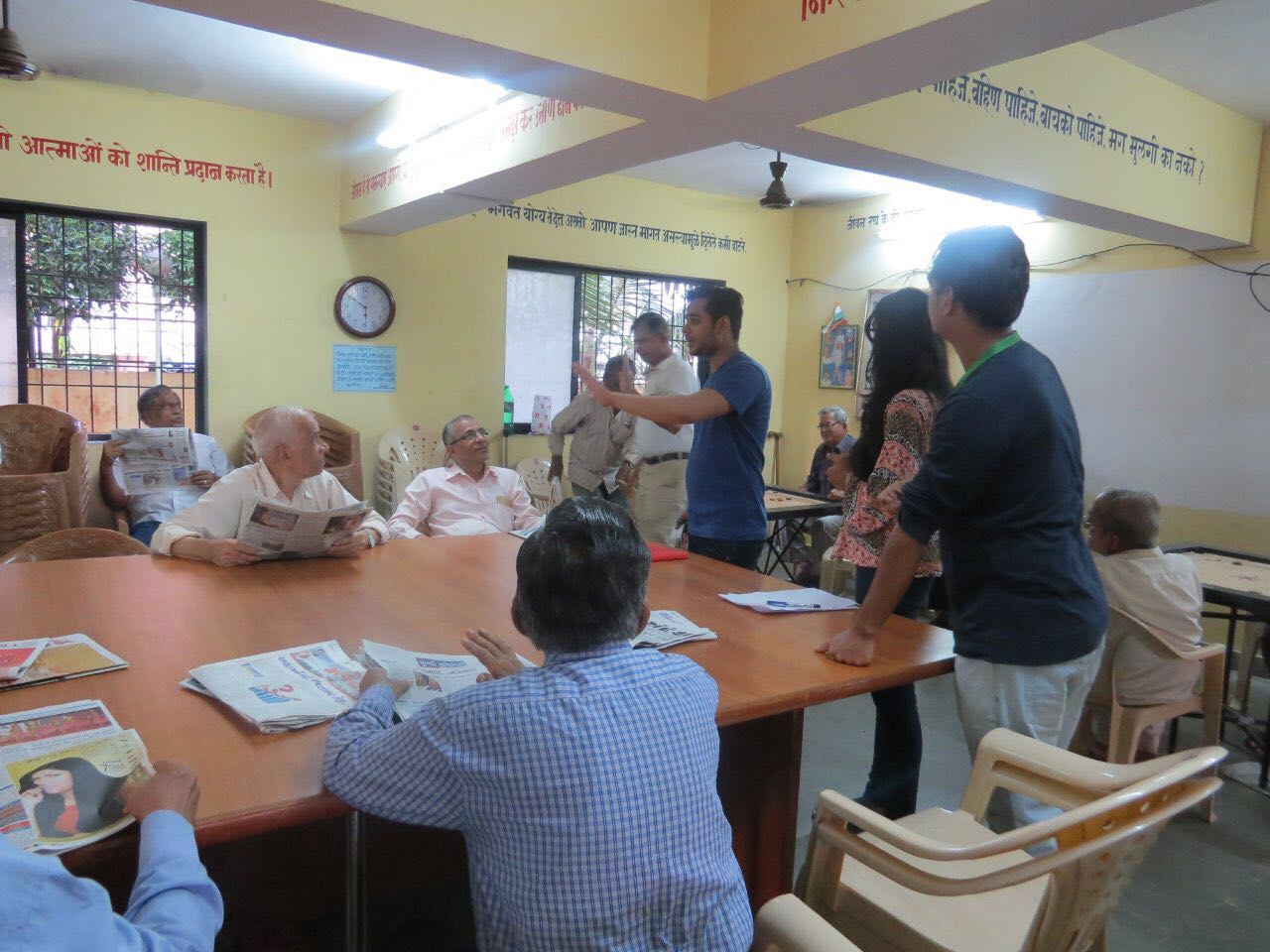 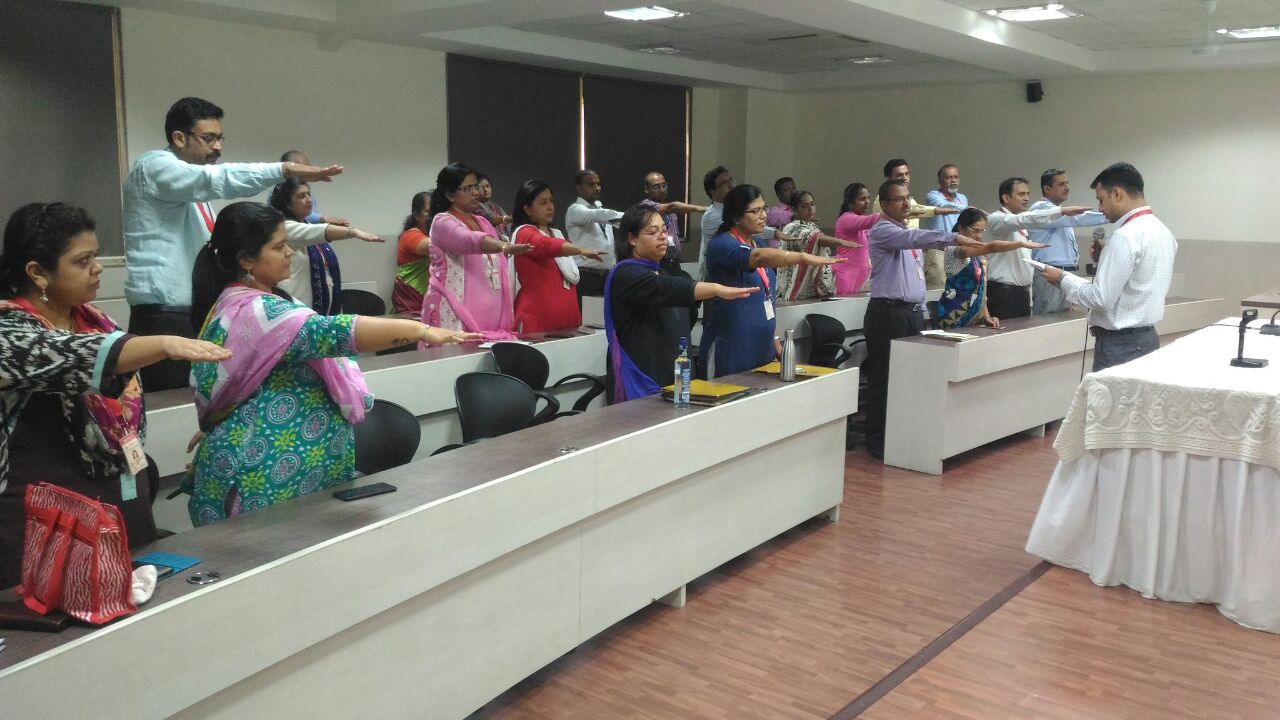 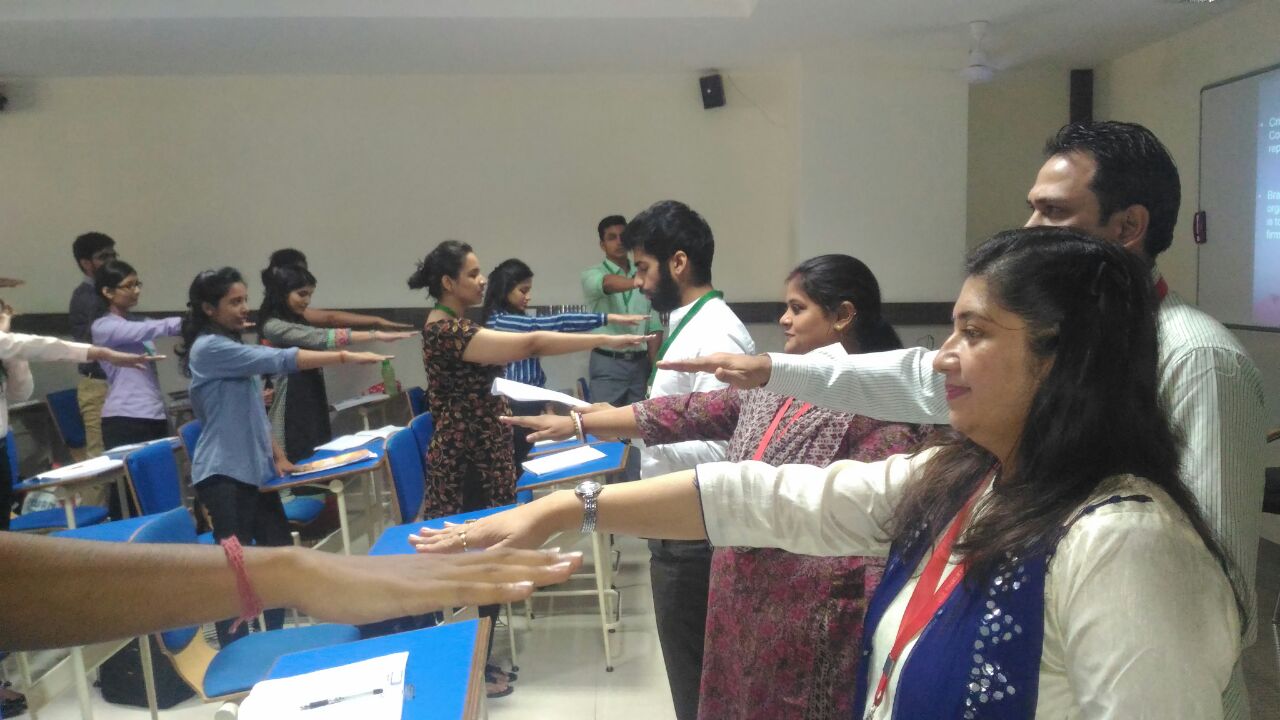 The institute celebrated the birth anniversary of Sardar Vallabhai Patel on 31st October as Rashtriya Ekta Diwas (National Unity Day). All the faculty members and students of TIMSR took a pledge to preserve the unity, integrity and security of the nation. The idea was to enthuse the future generation with values integrated with knowledge and adoration of the country’s rich heritage.

Samvedana (Social Responsibility cell) took the initiative of making senior citizens aware of doing digital transitions (e-payments, paytm etc.). The volunteers of the cell visited the societies and Parks in nearby areas and conducted training programs for more than 50 senior citizens in batches. This activity was done for a week from 10th to 20th November 2017.

The Social Responsibility Cell took the initiative of creating awareness on Eco-friendly Ganesh Festival for MMS & PGDM students as well as their parents. The purpose of conducting the session was to make the audience aware of the after effects of Ganesh festival and motivating them to switch to Eco-friendly practices by using Ganesh Idols made of paper and clay and other environmentally friendly material. The session was conducted on August 05, 2017.

Street play on “Freedom from Biases” for specially-abled People

Team Samvedana conducted an e-waste Collection Campaign. The volunteers collected huge amount of e-waste, including water purifiers, cell phones, cords & wires, CPU, Radios etc. This campaigning was run in collaboration with CROMA and the collected e-waste was handed over to CROMA (Infinity retail) on 23rd October 2017.

Team Samvedna participated in cleaning and painting activity under Swatch Bharat Abhiyan of Government of India in Association with Mahindra & Mahindra at Hanuman Nagar, Kandivali on 11th November 2017. Mahindra officials, Union representatives, Samvedna coordinators, and students from TIMSR had joined hands for the event. Around 40 volunteers had participated enthusiastically and their efforts were well appreciated by Mahindra & Mahindra officials.