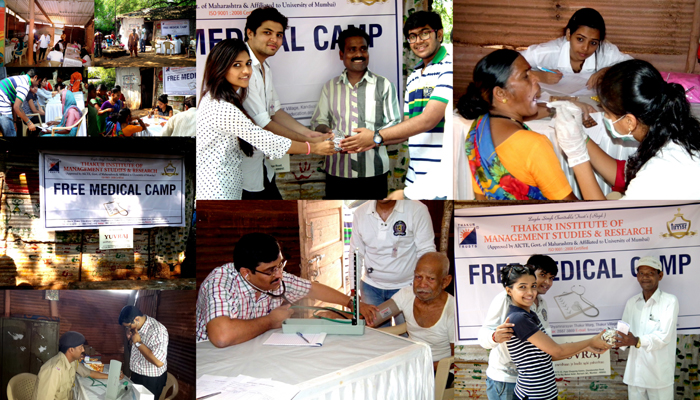 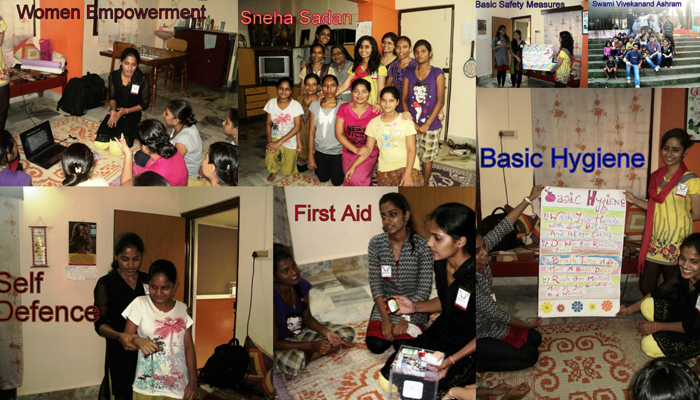 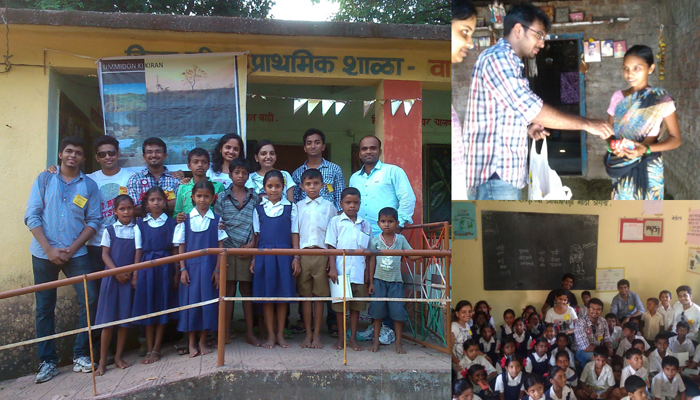 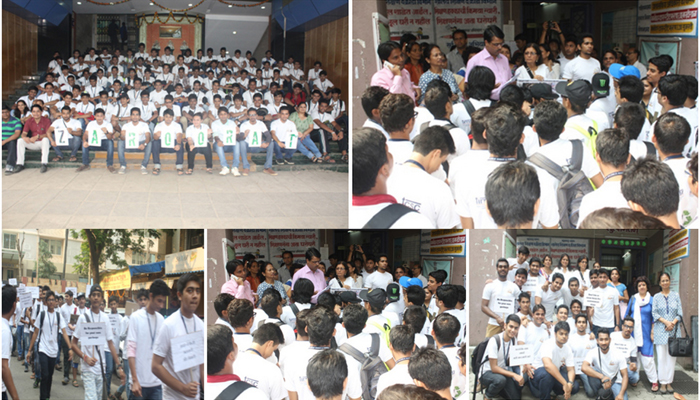 The campaign started with the setting up the medical camp and distribution of pamphlets to the people to use our service for free and get medicine for the same.

The camp started with the inauguration ceremony by Dr. Sunil Mundhe (M.D , M.B.B.S).

Dr.Neha Shah, Dr.Namrata Shah, Dr.Vivek Devani, Dr. Trushna Thakkar, Dr. Niharika Parasrampuria. They started diagnosing the patient and were given free medicine for their problems. After that the people started coming to take part in the camp around 180 people were checked. We came across one HIV lady and one 11yr Old child who was Drug addict.

The response of the people was overwhelming our camp was even supported by the social worker of the area. The people staying there are suffering from T.B. , Cold , Fever , Typhoid and we want them to be free from these disease and live happy life. We made case history of each patient and we are planning to conduct the same after 6 month also. We even went another day to give prescribed medicine by the doctor.

The team got an overwhelming response from the people staying in the area and even got a good support from the national park office and event was a grand success.

The campaign started with a Flash Mob by team EHSAAS at the Vardhman Fantasy and Maxus Mall with an audience of over 500 people and supported by seniors of Thakur Institute of Management Studies and Research.

The Flash Mob focused on first highlighting the ill effects of having an unhygienic surrounding and to implement this students took initiative of not only cleaning but also motivating others to do the same. Students followed the saying “Practice before you Preach". Taking the social cause one step ahead, they went to different areas and distributed pamphlets.

After the Flash Mob individuals and families from the audience came up to us and showed interest in joining our cause. Radio Jockey Ms. Shweta from RED FM was amazed to see the activity and appreciated us. A new newspaper named Youth Inspiration approached us and offered an opportunity to write news articles for them. Navbharat Times covered our event and appreciated the efforts students took for this cause.

Banners and pamphlets were made and distributed among the people at the park and the mall. A Facebookpage was created to spread awareness for EHSAAS and the word was spread everywhere possible viaWhatsapp Messenger. We got media coverage to reach the masses.

The team got an overwhelming response from the audience and event was a grand success.

On 2nd October, 2014, the team of Parichay visited Sneha Sadan, an orphanage for girls to interact with them and make them aware about their health and safety issues. The session started with an ice-breaking session where the girls were asked to introduce themselves in a different way (by placing an adjective before their name).

Later, the session continued with the health issues which girls face during their adolescence. Encouraging personal hygiene, having proper diet to ensure good health was explained to them with the help of charts.

The session further continued with a session on safety where the girls were made aware about the increasing crime rates against women in the country and they should learn to stand up against it with a small activity.

The session ended with a feedback from the girls.

On 5th October, 2014, the team of Parichay visited Vivekanand Balakashram, an orphanage for kids’ age group (6-12) in the Yeoor Hills, Thane. Our main objective here was to educate the kids here about the importance of basic hygiene and safety measures. The session started with yet another ice-breaking session where the kids were asked to sing and tell stories to make the environment comfortable.

The session then moved on the basic health and hygiene essential for kids in such areas. They were explained the importance of cleanliness and hygiene in their surroundings and the impact it has on their health. Since the age group consisted of small children, the topic was explained to them with the help of charts and drawings.

The session of safety followed where the kids were asked to stay alert of their surroundings to sense any danger around them and always follow the advice of their elders to ensure safety in their surroundings. Avoiding talking to strangers was one such topic which left an impact in the children’s mind.

The campaign started with the UMMIDON KI KIRAN team conducting a self defense session at the ZILLA PARISHAD SCHOOL OF VALVA with an audience of over 60 students and 30-40 villagers and the guest being Mr. Shrikant Pawde.

Students conducted a self defense session for the young children and women so as to make them aware of how to react in a difficult situation. The students responded really well to this session.

Next Students had an interaction session with students in form of drawing competition and the students were rewarded for the same, simultaneously there was and drug and alcohol session conducted for the adults to make them aware of the harm caused by the consumption of the same.

Then students organized a dental check up camp for the students and they were told about the necessary steps to be followed for dental hygiene. They were practically shown in what way they are suppose to brush their teeth and what type of toothpaste is to be used and accordingly toothpastes and brushes were distributed.

A session on HEALTH & HYGIENE was conducted where the students were given the knowledge about how to maintain cleanliness on a daily basis and also homely treatments that can be used while keeping ill or in case of emergencies. Also detailed information on environmental cleanliness was provided to the villagers and children.

The team got an overwhelming response from the villagers and event was a grand success.

The team Zaroorat gathered with the 90 students of TCSC. A rally was conducted in Thakur college vicinity which showcased the message with help of pluck cards and slogans spoke by all the students.

Then the team moved for cst for the event. After reaching CST Station Mrs. Kunti Oza the Chairperson of Clean Mumbai foundation briefed all students about the garbage present and the littering done in that vicinity.

Then students, the members of clean Mumbai foundation and members of rotary club held a rally at venue to spread awareness and to create an impact on the minds of people there. This large group moving with the slogans and appeal to keep cleanliness was addressed by huge number of people in the area.

After the rally the students were divided in groups of 10 and went to 2000 houses and 1000 shops to educate them the importance and need for cleanliness. A leaf let was provided at each house in which the message and information was printed.